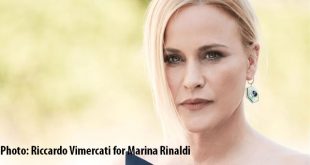 PREMIUM: Patricia Arquette tells World Screen Newsflash about dealing with weighty issues in Escape at Dannemora, which garnered her an Emmy nomination for her portrayal of prison employee Tilly Mitchell, who helps two inmates escape; and The Act, in which she plays a mentally ill mother, Dee Dee Blanchard, who repeatedly severely harms her daughter as a way of getting attention.