The WIT Analysis: The CW 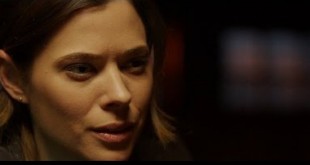 NEW YORK: Riverdale generated the greatest amount of Twitter buzz among The CW’s crop of new shows, according to The WIT, while Frequency was the network’s most talked-about trailer.

END_OF_DOCUMENT_TOKEN_TO_BE_REPLACED

PREMIUM: Almost 2,000 acquisitions executives from abroad screened upwards of 100 TV shows during the week-long L.A. Screenings. They came, they scoured, and, by and large, they went back home to finalize and find the financing for their shopping lists after viewing the 42 high-profile series contenders for broadcast networks in the States. Most of their time was spent in darkened theaters at the six Hollywood major studios, though many made side trips to HBO, Lionsgate, MGM, eOne, and Legendary to view disparate projects handled by these content providers. Giddiness is not in the DNA of foreign program buyers, though most came away not unpleased with what they saw, and, in the case of those with ongoing supply arrangements, what they have to take. Still, the pressures under which these folks operate has never been greater.

END_OF_DOCUMENT_TOKEN_TO_BE_REPLACED

PREMIUM: New procedurals from Sony Pictures Television and NBCUniversal were given high marks by several buyers as they near the end of the screenings in Los Angeles. After sessions on the Sony lot, multiple buyers throughout the week have told World Screen Newsflash that procedurals are the best bet for their linear channels back home and thus are pleased that Sony scored with a pick-up on NBC of spin-off Blacklist: Redemption, while several other acquisitions execs over at Universal have given high marks to the fourth installment of Dick Wolf’s Windy City-set dramas, Chicago Justice. Moreover, a number of buyers pointed to this or that “little gem,” as one called them, that they will earmark for discussion once back home. “Start-Up for Sony’s digital platform Crackle was really good,” suggested Anette Romer, the head of acquisitions and formats at Denmark’s TV2. The hour is set in Miami and toplines Martin Freeman of Fargo and Sherlock fame.

END_OF_DOCUMENT_TOKEN_TO_BE_REPLACED

PREMIUM: With a dozen new prime-time series to license to foreign buyers this go-round, Twentieth Century Fox boasts by far the largest bundle of hopefuls on offer at the L.A. Screenings. The viewing sessions on that lot start each morning at 9 a.m. and do not wrap until 7 p.m. “The pilots we’ve seen today are [altogether] the best group of shows Fox has presented in the last five or six years—and I mean best for our viewers back home.” So opined David Shin, the president of Fox Networks Group Japan, whose channels in that key territory program an array of American series and movies.

END_OF_DOCUMENT_TOKEN_TO_BE_REPLACED 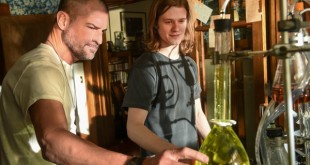 LOS ANGELES: MacGyver is one of the plethora of new shows CBS’s international distribution team unveiled for foreign buyers on the Paramount lot yesterday.

END_OF_DOCUMENT_TOKEN_TO_BE_REPLACED 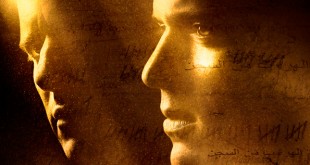 NEW YORK: Of all of FOX's new shows presented at last week’s Upfronts, the event series Prison Break, reuniting the cast of the original series, is on top of the buzz list in social media, ahead of two other revivals of hit franchises, according to new analysis from The WIT.

END_OF_DOCUMENT_TOKEN_TO_BE_REPLACED 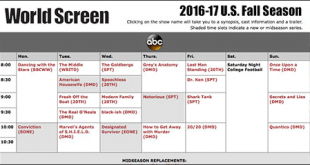 International buyers will be heading off to the Hollywood studios in the coming days to screen the new series picked up by the broadcast networks.

END_OF_DOCUMENT_TOKEN_TO_BE_REPLACED 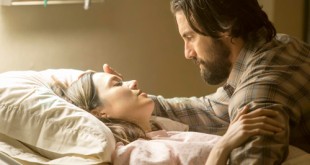 NEW YORK: The emotional comedy drama This is Us generated the most social-media buzz among the new shows unveiled by NBC at its Upfront last week, according to analysis from The WIT.

END_OF_DOCUMENT_TOKEN_TO_BE_REPLACED

PREMIUM: Disney threw open its doors on its Burbank backlot Sunday evening to 750 overseas guests for its International Upfronts, the first official occasion for foreign program buyers to glimpse snippets of its new prime-time series on offer for its flagship network ABC and sibling cable outlet Freeform, as well as its upcoming theatrical tentpoles.