A Note from the Editor (And Celebrating a Return to Cannes) 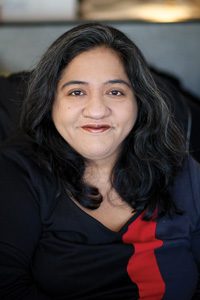 Flight and hotel booked. Dinner plans made. Meetings set. For the first time since the end of 2019, I’m finally preparing to attend a physical market again, and this is hands down the most excited I have been since, well, before the world changed.

It’s not just the prospect of face-to-face interviews—and rosé on the beach!—that I’m looking forward to. I think I’m most excited about the chance to reconnect with old friends. Yes, we’ve spoken and Zoomed and WhatsApped in these long, long months of not seeing each other, but as we all know, it’s not the same. And with almost two years of missed meetings in Cannes (or Miami, Cancún, Singapore…), I’ve come to realize just how valuable industry events like MIPCOM are to me, professionally and personally.

Now I know the various online offshoots of markets over the last 18 months have been valuable for maintaining relationships and doing deals. Digital marketplaces like Vuulr and others have helped distributors sell shows even as they couldn’t see clients in person. But again, it’s not the same. How do you replace that chance encounter that becomes your biggest-ever deal? That unexpected conversation that leads to a new business, a new show, a new model for doing something? The art of making television is all about collaboration—intelligent people, working together to deliver the best scripts, the best sets, the best outfits and, of course, the best way to put something together that makes financial sense for all of those involved. How many clever formulas and collaborations started at a MIPCOM or a Series Mania or any of the other events that have come to mark the annual schedule for most of us working in the international media business today? I’d venture to say quite a lot. An idea seeded at the Majestic or a pitching session in the Palais eventually goes on to delight and amaze millions of viewers across the globe. It’s pretty awe-inspiring, isn’t it?

Next year marks my whopping 20th year at World Screen and my 25th anniversary of covering the television beat in general. The markets have shaped those years for me, giving me valuable insights that I would never have gleaned just typing away at a computer screen. And the friendships formed! Really, how lucky are we, as an industry? Television has never been better, and the pent-up frustration of a community just anxious to get back together to celebrate the medium, and make it better, is palpable. I know I felt it as I was pulling together our fabulous MIPCOM edition. I hope you feel it as you’re reading it.

Here’s a full rundown of everything you’ll find in our October editions, which, if you’re in Cannes, you’ll be able to pick up inside the Palais. Follow the links to access our digital editions online or get the Issuu app for iOS and Android.

We have also published new editions of the TV Kids Guide and the TV Drama Guide. Plus, we had two September editions: World Screen featured interviews with Banijay’s Lars Blomgren, Topic’s Ryan Chanatry and more; while TV Kids included a report with executives from leading kids’ pubcasters and our inaugural TV Kids Screenings Festival.

Mansha Daswani is the editor and associate publisher of World Screen. She can be reached on mdaswani@worldscreen.com.
Previous TF1’s Gilles Pélisson
Next Screening Rooms for MIPCOM Now Available 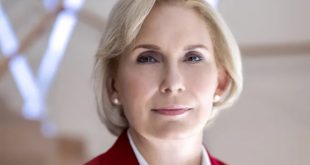