CANNES: Entertainment One (eOne) Television International is heading to MIPCOM with the martial-arts series Into the Badlands. The film features choreographed fight scenes similar to those found in film, according to Stuart Baxter, the president of Entertainment One (eOne) Television International. The company is also promoting Fear the Walking Dead, the companion series to the … 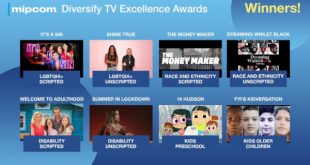 MIPCOM has revealed the winners for its fifth annual MIPCOM Diversify TV Excellence Awards in a ceremony hosted by actor and writer Salif Cissé.