Aardman is celebrating the 30th anniversary of Wallace & Gromit: The Wrong Trousers, the first film starring the duo to win an Oscar, with a variety of partnerships and experiences.

A limited edition Olympia Le Tan hand-embroidered designer clutch bag featuring Wallace wearing his techno-trousers, Gromit and Feathers McGraw has been released as part of the celebration, with only 77 copies available. The bag can be found exclusively on the Olympia Le Tan website.

A slew of new products and ranges from licensees will be released as well, including from jewelry company Licensed to Charm, paper engineers Paper Engine and eco-conscious independent tea mixology company Bird & Blend Tea Co., which is launching a themed tin containing 20 tea bags that have been specially blended with Wallace & Gromit in mind. A partnership with Carrs Pasties will see the launch of a new Wallace & Gromit-inspired “More Cheese, Ham & Jam Pasty,” containing a blend of four cheeses, pulled ham and caramelized onion.

A celebration of Wallace & Gromit’s Wrong Trousers Day, the annual fundraising event from Aardman’s charity partner The Grand Appeal, will take place on June 30. It encourages people to wear their wackiest leg wear and donate for right to look wrong.

The annual Intellectual Property Office and Aardman’s Wallace & Gromit’s Cracking Ideas competition will have the theme “make The Wrong Trousers right,” in which budding inventors will be tasked with reinventing Wallace’s techno-trousers and turning them into something that can do good for the planet.

Also in honor of the 30th anniversary, an Aardman exhibition at the Cartoon Museum in London is set to open in September 2023 with a never-before-seen exhibition running until April 2024. Them museum will display the only remaining clips, storyboards and movie materials for The Wrong Trousers.

A Wallace & Gromit-themed escape room adventure is being piloted now, allowing fans to assist the duo in a race against time. With less than an hour until the village science fair, Wallace has forgotten the code to his workshop. With the help of Gromit, players will wear the Memory-O-Matic helmet to help Wallace remember it before it’s too late. The adventure is available at Locked In a Room in Bristol, and two further rooms are set to open in March 2023.

Screenings of The Wrong Trousers with the soundtrack performed live by the WFEL Fairey Band will take place across the U.K.

The 30th anniversary celebration of The Wrong Trousers coincides with the production of a brand-new Wallace & Gromit film, the first since 2008. The untitled adventure will premiere exclusively on Netflix around the world in 2024, except in the U.K., where it will debut first on BBC before also coming to Netflix.

Also in production is an interactive, narrative-led, single-play VR experience for the Meta Quest all-in-one VR headset. The Grand Getaway will enable users to walk around, explore and get hands on within the world of Wallace & Gromit.

“It’s very exciting to have some brand-new Wallace & Gromit stories in the works as we celebrate the anniversary of such an important moment in the characters’ history,” said Nick Park, creator of Wallace & Gromit. “The Wrong Trousers was a special film for all of us at Aardman. It’s wonderful that it continues to find new fans today and that we can bring those fans more adventures—and more inventions, more mishaps and more problems for Gromit to solve.”

Jamie Stalcup is the associate editor of World Screen. She can be reached at jstalcup@worldscreen.com.
Previous A+E Networks Names Head of Global Content Sales
Next Content East Dates & Venue Confirmed 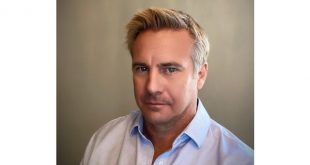 Nicely Entertainment has established a mini-studio operation in Phoenix, Arizona, and tapped David Hickey as head of production to oversee operations.