For an industry heavily reliant on face-to-face meetings, 2020 was a study in adaptation. As one event after the next had to nix in-person gatherings and go virtual, content producers, distributors and buyers had to find new ways to do business. And so did we. World Screen added a range of new platforms in 2020, including the WorldScreenings and In-Demand newsletters to help buyers identify great content to fill grids disrupted by COVID-19. We moved into the events business, hosting the TV Latina Streaming Festival and unveiling plans for the inaugural TV Kids Festival in February. We launched a premieres platform to give distributors a secure destination for screening new shows to buyers. We redesigned our digital editions to make them more interactive and easier to read on laptops and mobile devices. All while continuing to produce our signature print editions as we prepare for a return to live events.

When will that happen? Well, that goalpost keeps moving. NATPE Miami, BBC Studios Showcase and the inaugural official London Screenings, key events in the first quarter, will all be virtual. MIPTV, too, although Reed MIDEM has said that if conditions improve sufficiently, it will explore holding a small, in-person screenings-based event in Cannes to complement the digital edition. MIPCOM is set to take place in person in Cannes. The jury is still out on the traditionally busy summer event schedule, but Series Mania has said it will go ahead in Lille at the end of May.

The content business did not just have to adapt to find new ways to sell and promote content; it also had to rapidly implement new ways of making it, rewriting scripts, adjusting sets and implementing new protocols to be COVID-19 compliant. And it had to feed the voracious appetite of viewers who were spending way more time at home. Consumption was up everywhere and across every genre, and streaming was king. Indeed, 2020 was already set to be a milestone year for the OTT space; the global pandemic put it on steroids. In December, The NPD Group’s TV Switching Study reported that the average U.S. streaming consumer was using seven services to access content; in April, the early days of the pandemic, it was already at five.

On the SVOD side, 2020 saw the further expansion of Disney+ and the unveiling of its new Star digital brand, the introduction of discovery+ and the launches of Peacock and HBO Max. ViacomCBS leaned further into its streaming strategy, detailing plans to rebrand CBS All Access as Paramount+ and launch that service internationally. BBC Studios and ITV said they would roll BritBox out further globally. Viaplay and StarzPlay expanded to new markets. On the AVOD side, Tubi was acquired by Fox Corporation and expanded its international footprint. Pluto TV arrived in Latin America. It wasn’t all good news for the OTT space, though, as Quibi went belly up just six months after its arrival, and pan-Asian streamer Hooq was shuttered.

Leaning into streaming meant plenty of restructuring as media companies tightened their belts to cope with ad revenues falling, the near elimination of live-event and theatrical revenues and audiences’ desperate need for new content.

At WarnerMedia, for example, new CEO Jason Kilar implemented a structure that saw the exits of Kevin Reilly and Bob Greenblatt and included making HBO Max a fundamental business unit and placing Ann Sarnoff at the helm of an integrated studios and networks group. Kilar also unveiled a radical move to put the company’s entire 2021 film slate simultaneously in theaters and on HBO Max as it looks to drive subscribers to the platform. At The Walt Disney Company, on the heels of the breakout early success of Disney+, Bob Iger moved up to executive chairman, with Bob Chapek becoming CEO. Not long after that, Kevin Mayer revealed he would be stepping down from the company, with Rebecca Campbell becoming chairman of direct-to-consumer and international. And in October, Disney announced a new unified media and entertainment distribution group to accelerate its direct-to-consumer strategy further. NBCUniversal implemented a new structure aligning NBC Entertainment, the entertainment cable TV channels, the sports group, local stations and Peacock under one division. ITV restructured its broadcasting business, creating a new media and entertainment division, to be led by Kevin Lygo, with two units, broadcast and on-demand. The BBC restructured its television division to bring a new approach to commissioning amid shifting viewing habits and the rising importance of the iPlayer.

Several media companies also tried to mitigate the enormous losses suffered by those working in the creative community when production ground to a halt. Netflix set up a $100 million fund and worked with industry organizations in markets across the globe. Amazon Prime Video and Amazon Studios made a $6 million commitment to support the European TV and film production creative community. ITV created a £500,000 development fund targeted at the U.K. independent sector. The BBC unveiled a package of measures to bolster the health of indies. CBC in Canada set up its own relief fund. Governments assisted, too, with measures specifically targeted to helping producers manage the costs of restarting production.

Media companies also rushed to unveil diversity measures in the summer on the heels of the Black Lives Matter protests that started in the U.S. but soon expanded to other countries worldwide. The Walt Disney Company pledged $5 million to support nonprofit organizations that advance social justice, starting with a $2 million donation to the NAACP. Comcast Corporation unveiled a plan to allocate $100 million to fight injustice and inequality. Channel 4 set out a new six-point commitment to be a driver of anti-racism in the industry. YouTube established a $100 million fund to help amplify Black voices. The BBC said it would use £100 million of its commissioning budget over the next three years to ramp up its slate of diverse and inclusive content. ITV announced measures to create more opportunities for those from Black, Asian, minority ethnic and other underrepresented groups. CBS pledged to allocate a minimum of 25 percent of its future script development budgets to projects created or co-created by Black, Indigenous and People of Color (BIPOC). ViacomCBS Networks International introduced a company-wide “No Diversity, No Commission” policy across more than 180 countries.

So what are the prospects for 2021? By all accounts, the streaming surge is set to continue with more customers taking on more services—the question remains at what point will people max out: seven, eight, nine services per household? On the advertising front, dire predictions were upgraded as 2020 came to a close. Zenith revised its advertising forecast, projecting a 7.5 percent decline, an improvement on the company’s previous warning of a 9.1 percent drop in 2020. For 2021, Zenith anticipates global adspend will be up by 5.6 percent to $620 billion, thanks in part to the delayed Summer Olympics and EURO tournament. However, 2021 revenues will still be lower than the $634 billion generated in 2019. By 2022, adspend will be up to $652 billion, a 5.2 percent year-on-year gain. (The forecasts are based on a global economic recovery as vaccines roll out into 2021, fingers crossed.) Jonathan Barnard, Zenith’s head of forecasting, noted, “The prospect of multiple effective vaccines gives us confidence that adspend growth will continue in 2021 and beyond, returning the market to 2019 levels in 2022.”

GroupM, meanwhile, expects 2021 to bring a 12.3 percent increase in ad revenues, up from the previous forecast of 8.2 percent growth. Television, down by 15.1 percent in 2020, is expected to be up by 7.8 percent in 2021. Digital extensions and related media, including advertising associated with traditional media owners’ streaming activities, will grow 23.2 percent this year, GroupM predicted.

Mansha Daswani is the editor and associate publisher of World Screen. She can be reached on [email protected]
Previous Endeavor Content Pacts with South Korea’s Bon Factory
Next Struum Streaming Venture Launching in Spring 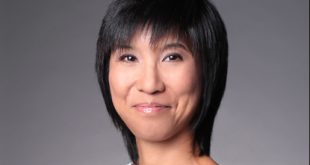