LAS VEGAS/SANTA FE, May 19: New Mexico-based Zia Film Distribution has signed an agreement to represent the worldwide rights to Popovich: Comedy Pet Theater, a series featuring Russian-born Gregory Popovich, a runner-up on NBC’s America’s Got Talent last year. As a juggler, clown and pet trainer, Popovich has performed throughout the U.S. and around the … 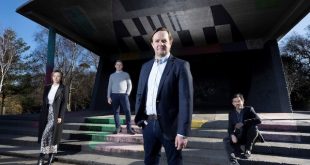 BiggerStage, a new entertainment media venture, has been founded by Pat Kiely, the former managing director of Virgin Media Television.