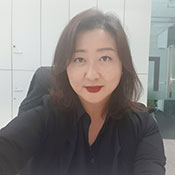 MBC is striving to become a global media group representing the excellence of K-content. Since What on Earth is Love was aired on Chinese CCTV in 1997, MBC has repeatedly opened up new frontiers for the ‘Korean wave’. From The Jewel in the Palace that has been aired in 94 countries worldwide becoming a milestone in the entire Korean wave phenomenon to The King of Mask Singer making megahits on FOX in the U.S. in 2019 and record ratings in Germany, France, Australia, Netherlands, among others, MBC content has been entertaining more and more global viewers. A British media consultancy, K7 Media, chose The King of Mask Singer as the best format of 2019. The King of Mask Singer today stands strong as the global format audiences love with remakes in 53 different countries. MBC operates an official YouTube channel as a part of our effort to keep in close touch with our viewers worldwide, and a global content website to allow overseas viewers and industry experts to access sample video of our productions with introductions in Korean, English, Chinese, and Japanese. MBC is devoted to become a global media group communicating with the world in the midst of rapidly changing media market based on our outstanding content producing capabilities.

Kill Me, Heal Me & Refund Sisters
+

On the Verge of Insanity
+

Kill Me, Heal Me & Refund Sisters
+

On the Verge of Insanity
+

(Ent./reality/format, 404x80 min., ongoing) The rise of the single-person household and peering into their trendy single lives!