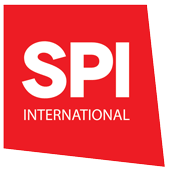 Features work from the world's most prominent directors, including Hitchcock, Kurosawa, Fellini and many others.