NEW YORK: Rola Bauer, the CEO and partner of Tandem Productions, discusses the company's new arrangement with STUDIOCANAL, which she says gives Tandem the ability to develop and produce much faster than it could before.   Established in 1999, Munich-based Tandem Communications (as it was then named) built its reputation by producing high-end, critically acclaimed … 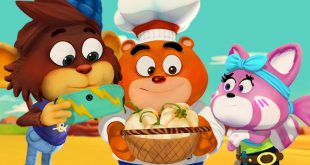 Start It Up is the latest rom-com feature film from T&B Media Global and SMG Pictures and WingsMedia.