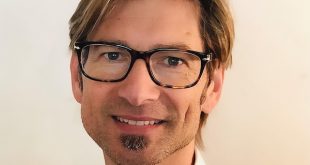 Discreet Arts, an animation studio headquartered in India, has opened a U.S. office in Burbank, California.