Commissioned By: Screen Ireland, Broadcast Authority of Ireland, RTÉjr; developed with support from Creative Europe & Screen Ireland
Produced By: Kavaleer Productions
Rights Available: Free TV, all forms of VOD, pay TV in select markets and L&M, via Lacey Entertainment.
Description: Along with her best friend, Saul, and her cardboard dog, Angus, Kiva conceives some amazing adventures that bring them around the world and well beyond. The 52×11-minute series is targeted to kids aged 3 to 5.
Pitch Perfect: Each day after school, grandmother Nanni brings Kiva to her home where Kiva, Saul and Angus have the run of the living room. This special place is where every awesome adventure begins. Nanni’s home is an incubator for ideas and dreams that are filled with promise and excitement. Using whatever odds and ends are found around Nanni’s home, Kiva and Saul quickly transform these items into fantastic props for their adventures. Kiva Can Do! is an original series with positive prosocial stories that are characterized by warmth and cheerful fun that reflects the highly imaginative play patterns of children around the world. Kiva is an especially aspirational character helping to encourage constructive development. The Kiva Can Do!storytelling deftly avoids academic moralizing that children viewers instinctively consider dull and trite. The ensemble cast of characters, most notably the very affectionate relationship with grandmother Nanni, helps to infuse a genuinely authentic transgenerational appeal to the series. Featuring a colorful and multi-textured animation production design combined with magical storytelling, the Kiva series will deliver a strong and loyal viewing audience. The kid-identifiable characters living in their own worlds gently remind and encourage young viewers that like Kiva, anything you can dream, you can do. The stories and dialogue are playful and fresh with just the right comedic touch that makes for compelling children’s entertainment. Available in 25 languages.
Slot Winner: Airing on Nick Jr. (worldwide excluding U.S.), Gulli, Discovery Italy, RTÉ.
Sales Contact: Brian Lacey.

Commissioned By: PBS
Produced By: SHOE Ink
Rights Available: All rights available worldwide from PBS International.
Description: Elinor Wonders Why encourages children to follow their curiosity, ask questions, figure out the answers, and learn about the natural world around them using their science inquiry skills. Aimed at kids 2 to 6, the series consists of 74×11-minute episodes (delivered as 37×25 minutes) and a 55-minute special.
Pitch Perfect: The warm, funny main characters—Elinor, Ari and Olive—are curious about the things all preschoolers are curious about. Why do birds have feathers? Who or what is making those “whoo hoo” sounds at night? In finding the answers, they explore the remarkable ways that our everyday lives are connected to nature. Preschoolers relate to this desire to explore and feel empowered to make these same kinds of connections in their own lives.
Slot Winner: Elinor Wonders Why is already one of the top-rated PBS KIDS shows on broadcast and digital!
Sales Contacts: Betsy LeBlanc, Director, Sales; Anna Alvord, Senior Sales Manager; Nanci Church, Senior Sales Manager.

Commissioned By: France Télévisions
Produced By: Reaz – JLA Group
Rights Available: The show is sold in all the continents, but some rights remain available in Europe, Asia, the U.S. and Latin America. Contact Superights for more details.
Description: Through a series of sweet 3-minute stories, the narrator helps viewers to discover a fun world with all kinds of animals made of clay in a wide palette of colors. The tutorials come along with the series, allowing kids to create their own clay world at home. Two seasons are available with more than 60 episodes of 4.5 minutes, including 60 1.5-minute tutorials teaching the kids how to create the animals at home. This is a “do it yourself” series!
Pitch Perfect: Discover the poetic universe of Clay Time, aimed at 3- to 5-year-olds, where young viewers are invited to develop their imagination with a universal activity: modeling clay. Each episode features a new animal and a new story. Each animated episode of 3 minutes is delivered with a tutorial of 1.5 minutes. Tutorials teach the kids how to create the animal at home. This is a gender-neutral preschool show that fits European quota requirements.
Slot Winner: Partners on season two include Télé-Québec (Canada), JY Animation (China), Daekyo Kids (South Korea), Now TV (Hong Kong), LTV (Latvia), Artmotion (Kosovo), TV5MONDE, RTS (Switzerland) and RTV (Slovakia), with many more on season one. On France Télévisions, where Clay Time is available on the linear channel and on Okoo, the series is among the seven most-watched series since the start of the school year 2020. The show has been watched more than 3.6 million times since the launch of the second season at the end of February 2020. In Canada, the show has been available on Coucou and Telequebec.tv since December 2018, with a total of 67,116 cumulative viewings through September 2019. The series is in the sixth position for preschool series (out of 40 titles). On CJ in South Korea, the series was ranked in the top ten in 2019.
Sales Contacts: Nathalie Pinguet (Canada, Western Europe, Nordics, Russia, Australia, New Zealand); Jéromine Ader (CEE, Middle East, Africa, inflight); Pedro Citaristi (Asia, LatAm, Southern Europe); Louise de Staël (U.S.A.). 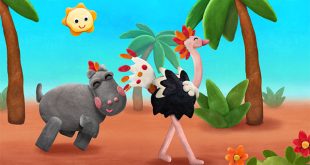 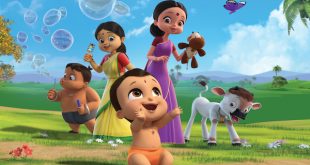 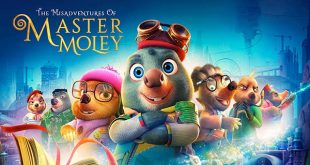 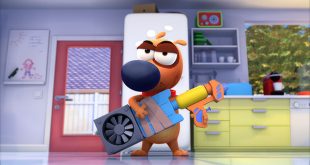 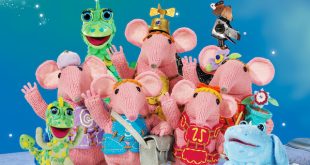 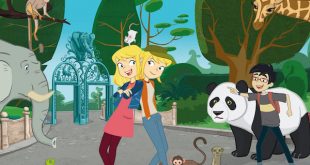 The winners of the International Emmy Kids Awards have been revealed during an online presentation simultaneously available on the International Academy of Television Arts & Sciences' website and the MIPCOM Online+ platform.