There has been a resounding declaration from within the global TV industry about just how much diversity and representation matter, both on- and off-screen, and it is perhaps even more imperative when it comes to children’s content.

Not only is it of paramount importance for young ones to identify with characters in the shows they’re watching and see themselves reflected back, but it’s also vital that they see characters who are nothing like them—of different races, physical abilities and family structures than their own.

A 2019 report from the children’s media company Hopster finds that the majority of the top preschool shows poorly represent those with different abilities, LGBTQ+ and the working class, and have high rates of gender stereotyping, pushing BAME (Black, Asian and minority ethnic) characters into the background. For example, none of the 50 most popular preschool shows in the U.K. had lead characters who are differently-abled. Also, many shows focus on “privileged” families, and there were negative depictions of working-class characters. According to the report, only 6 of the 50 top shows had lead BAME characters, and only 7 percent of the episodes alluded to an LGBTQ+ character, usually very fleetingly.

The good news is, things are changing; creators, producers, commissioners and buyers of children’s programming are all stepping up. In this issue of TV Kids, we surveyed various buyers, from linear and streaming platforms, about the types of shows they are looking for. Many of them pointed to inclusivity and diversity as issues they were looking to address in the programs they acquire or commission. Another feature in this edition tackles the challenges that distributors face with regard to rights and windowing, as IP owners look to fully maximize the value of their properties.

TV Kids hears from ViacomCBS Networks International’s Jules Borkent about serving audiences during lockdown, and Cyber Group Studios’ Pierre Sissmann on the com­pany’s growth. This issue also celebrates the 25th anniversary of Super RTL, with CEO Claude Schmit reflecting on the channel’s history and his ambitious plans for its future. M6 Group’s Philippe Bony discusses the company’s plans to invest in the market-leading kids’ portfolio that is home to Gulli, Canal J and TiJi, which are all marking milestone anniversaries this year. We also have a special report on Mondo TV Group.

Kristin Brzoznowski is the executive editor of World Screen. She can be reached at kbrzoznowski@worldscreen.com.
Previous Cyber Group Studios’ Pierre Sissmann
Next Can We Share? 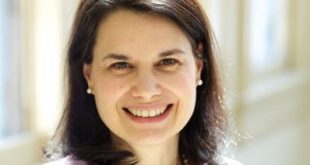 Have you heard the buzz about the upcoming reboot of Disney Channel’s Lizzie McGuire? If ...