Think Tank Emporium’s initial focus will be publishing and merchandise across multiple categories, including toys and games. The studio, meanwhile, will develop shorts, animated series, children’s books and comics as well as other content.

Among the titles included in the partnership is the preschool series Elenita The Chicken Whisperer (Elenita La Encantadora de Gallinas), which follows an imaginative girl growing up in the country with a love for animals and nature. With dreams of having a bird sanctuary when she grows up, she can secretly talk to chickens. The second property, The Two Worlds of Mona, is about a girl with divorced parents and how she copes with being separated once a week from either her mom or dad. Experiencing different adventures every weekend, she learns about her parents’ somewhat interesting, educational and fun careers.

David Wollos, co-partner of The Think Tank Emporium, said: “It is a pleasure to start this adventure with Mana-T Studios. In addition to its highly diverse characters, rich in potential, it is a young studio full of energy and enthusiasm.”

Tommy González, founder of Mana-T Studios, said: “I am delighted to raise the name of Puerto Rico and to help introduce us to an industry as powerful as animation is, while taking our IPs to markets outside the country. Excited for a great reason.”

Chelsea Regan is the associate editor of World Screen. She can be reached at [email protected]
Previous KIDZ BOP Grows Reach Across Europe
Next Mercury Filmworks Options Hello, My Name is Octicorn 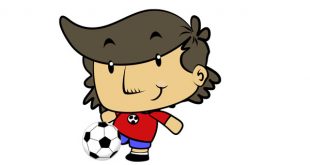 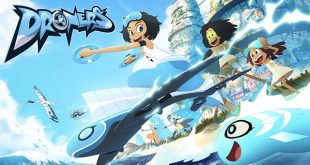 Targeting the 6-to-10 set, Cyber Group Studios’ highlight Droners tells the story of Team Tikis, which is determined to win the drone race competition the Whale Cup.