Home / Features / Shop Until You Drop

Shop Until You Drop

This article originally appeared in the MIPCOM 2014 issue of TV Kids. Andy Fry surveys a number of top programmers about their acquisition wish lists. Once again, executives in the children’s television business from around the world are jetting into MIP Junior and MIPCOM for a few days (and nights) of intense networking, trend analysis … 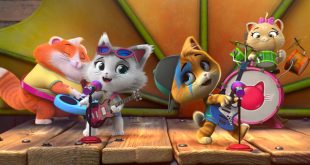 Chelsea Regan hears from leading producers and distributors about the best approaches to delivering gender-neutral ...