Paramount Australia and New Zealand (ANZ) has partnered with the Australian Government and Defence Force Recruiting via UM Australia and Mediabrands Content Studio for the new series Ultimate Classroom.

The Paramount ANZ original series is created and produced by Paramount ANZ’s in-house creative and production team, Imagine. It is set to premiere on September 11 on 10 Shake and 10 Play.

Brigadier Duncan Hayward, director general of Defence Force Recruiting (DFR), said: “Defence Force Recruiting are excited to partner with Paramount ANZ to produce the Ultimate Classroom TV program. For DFR, this partnership aims to address misperceptions that the ADF is an employer of ‘brawn over brains,’ holding back prospective candidates from considering a STEM career in the ADF. DFR’s partnership with the Ultimate Classroom will raise awareness of ADF STEM capability and the variety of roles available.”

Michael Stanford, head of Imagine and national creative director of Paramount ANZ, said: “Ultimate Classroom truly demonstrates the power of long-form content to tell a story that informs, engages, entertains and even challenges misperceptions. Teamwork is an overused word, but in this case, it couldn’t have been more accurate—not just for how well the students worked together but also the team at the DFR, Mediabrands Content Studio and Paramount ANZ who brought this program to life.”

Emma Wood, senior client director at UM, added: “A campaign like this needed a different approach to engage our audience and allow us to showcase the range of opportunities on offer to work within a cutting-edge environment, using some of the world’s most sophisticated tech. Brand-funded content offered the perfect solution: working in close collaboration with Paramount ANZ and Mediabrands Content Studio, we were able to organically build the Australian Defence Force (ADF) story into the fabric of the show, creating authentic long-form, bingeable content allowing our audience to discover something unexpected about the ADF and at the same time challenge misconceptions they may have about a possible career in the ADF.” 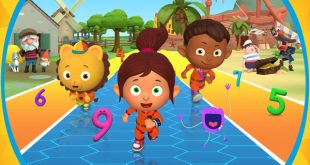 Guru Studio has acquired global distribution rights for seasons one and two of 123 Number Squad! from Omens Studios.