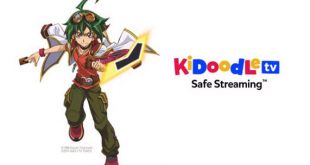 Konami Cross Media NY has reached an agreement with Kidoodle.TV to bring the Yu-Gi-Oh! franchise to the kid-friendly streamer’s content slate.