BARCELONA: The U.K.-based broadcast group CSC Media has picked up the first two seasons of Larva, an animated show from Spain’s Imira Entertainment, along with a soccer-themed special to coincide with the World Cup. The show is a 3D, CGI comedy with no dialogue produced by Tuba n Co. It’s made up of short vignettes … 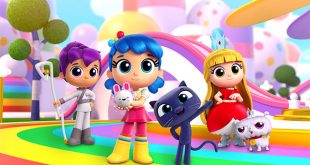 Toronto-based Guru Studio has signed a number of new international broadcast deals for the preschool series True and the Rainbow Kingdom and the two-time Emmy-nominated Justin Time.