LONDON: The U.K.’s CBBC has renewed the Henry Winkler kids’ comedy Hank Zipzer for a second season. The show follows the life of 13-year-old Henry “Hank” Zipzer (Nick James), a boy with a great imagination who doesn’t always see eye-to-eye with his parents and teachers. Winkler, who co-wrote with Lin Oliver the book series that inspired …

The leading source of information for the international media business.
Previous Dinopaws Heads to Treehouse in Canada
Next Australia’s ABC3 to Feature Expanded Educational Block 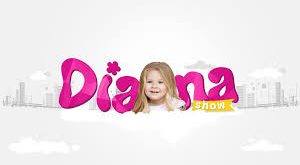 The 6-year-old star from the YouTube channel Kids Diana Show, which has 53.7 million subscribers, is at the center of a new global franchise, Love, Diana: the Princess of Play.