Dinopaws Heads to Treehouse in Canada

TORONTO: This weekend, Corus Entertainment's Treehouse is due to debut Dinopaws, a new preschool show about a trio of lovable dinosaurs who are curious about the world. Dinopaws, which premieres on Treehouse tomorrow at 5 p.m., will broadcast at the same time on Saturdays and Sundays. The 52×11-minute animated series began airing earlier this year …

The leading source of information for the international media business.
Previous ITVS GE Gears Up to Celebrate 50 Years of Thunderbirds in 2015
Next Hank Zipzer Returning to CBBC for Second Season 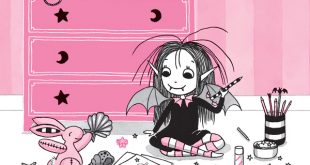