ATLANTA: Cartoon Network has given new-season orders to five of its original animated shows, including recent Emmy nominees Adventure Time and Regular Show. The commissions are for a seventh season of both of those productions, along with second seasons for Uncle Grandpa and Steven Universe, and 13 more half-hours of Clarence. The five animated series … 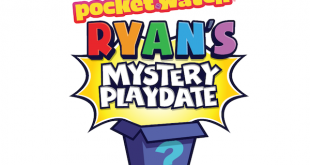 Ryan’s Mystery Playdate, an Emmy-nominated kids’ TV series from pocket.watch, has been picked up for a fourth season by Nickelodeon for the U.S., U.K., Canada and Australia, and is set to expand its global reach in Germany.