The Beetle Boy series will be written for the screen by Tom MacRae (Everybody’s Talking About Jamie). Currently in development as a returnable multi-episode series set in the U.K., Beetle Boy is based on the award-winning book trilogy that features Beetle Boy, Beetle Queen and Battle of the Beetles.

The story features 15-year-old Darkus Cuttle as the main protagonist. When Darkus’ father disappears from a locked beetle room in the Natural History Museum, Darkus finds himself an orphan, sent to live in an out of the way home for abandoned children. Stripped of everything he ever cared about, he becomes the boy with nothing left to lose. That is until Darkus meets Baxter, an incredible, intelligent, superstar beetle. Their quest to find Darkus’ dad brings them claw-to-claw with globally renowned fashion designer Lucretia Cutter. Darkus, his three friends and Baxter are all that stand between the human race and oblivion.

MacRae said: “Until I read M. G. Leonard’s brilliant books, I thought beetles were scary and a little bit gross, but Darkus’ story has taught me to love them. Now, the rest of the two-legged world will get to fall in love with these incredible creatures too.”

Leonard, author of the Beetle Boy book trilogy, added: “I am thrilled that Tom MacRae has fallen for the charms of beetles and will be bringing Darkus and his friends to tv screens, with Framestore’s incredible CGI insects, and the production experience of Bucchaneer and Nevision. The talent, passion and ability in this team, to bring viewers something utterly fresh and unique, is beyond exciting.”

Tony Wood and Richard Tulk-Hart, joint CEOs of Buccaneer Media, said: “We are thrilled to be collaborating with such a talented team to bring Maya’s Beetle Boy to life. It’s such a unique trilogy and Tom’s brilliant interpretation together with Framestore’s world-leading CGI will make an exciting creative realization of a rich and engaging family adventure”

Nigel Pickard, creative director at Nevision, added: “Buccaneer is the perfect partner to help steer the creative development on Beetle Boy, which has the potential to reach a wide global audience. Tom MacRae’s track record is second-to-none and we are thrilled to have someone of his caliber writing the screenplay bringing his versatility and unique style to the project.”

Michelle Martin, head of television at Framestore, said: “As episodic projects continue to grow in scope, it’s always our aim to partner directly with content producers. That way we’re able to provide our expertise and become a key part of bringing stunning visuals to the screen.”

Kristin Brzoznowski is the executive editor of World Screen. She can be reached at [email protected]
Previous New Cast for Are You Afraid of the Dark? Season Two
Next Yle & Sky Order More Moominvalley 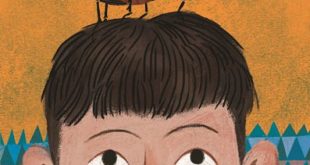 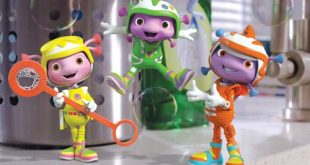 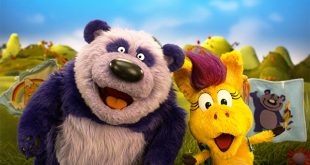