Arcana Studio has entered into a development deal with Ireland-based Flickerpix for The Pixies series.

Inspired by the Arcana feature film Pixies—originally adapted from the studio’s graphic novel of the same name—the series is a family-friendly animated series aimed at children ages 5 to 8. When their kingdom is invaded by mysterious creatures called the Sluagh, Prince Sam, Princess Daisy and their friends travel around the world in search of the lost relics that will save the Pixie kingdom.

The Pixies has already received funding from the Canada Media Fund (CMF) and Northern Ireland Screen.

O’Reilly said: “We have found an exceptional partner in Flickerpix. The Pixies film was only Arcana’s second feature, and expanding this story world into television is a very ‘full circle’ moment for me. As our slate of feature films and television grows, we are always on the lookout for global partnerships, and we look forward to working with Flickerpix on this production.”

Schumann added: “We are very excited to be part of this journey with Arcana. Once we heard about the exciting direction that Sean wanted to take with the show, drawing inspiration from Celtic mythology and folklore, we were fully on board. The concept is exciting, with plenty of scope for epic adventures, and the characters are appealing with a good variation of complementary personalities to take us on journeys packed with heart and humor. It is also a great opportunity to further strengthen what is already a strong relationship between Irish and Canadian animation companies.”

Chelsea Regan is the associate editor of World Screen. She can be reached at [email protected]
Previous ZDF Enterprises Boards Mondo TV’s Grisù
Next Pinkfong Wonderstar Coming to YouTube Originals 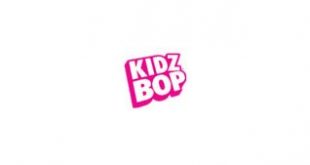 KIDZ BOP has secured a series of new and extended international media partnerships to bring the music brand to kids and families across Europe.