With the support of ICEX and DIBOOS, a large group of production companies under the Animation from Spain brand will present their projects during the Cartoon Forum pitching sessions, as well as during the Croissant Shows and Coffee Shows.

A total of eight production companies and talents will present titles during the traditional pitching sessions. The exhibition of Spanish content will begin on September 20, with Peekaboo Animation’s Best Friends Forever… Stranded!

This year’s Cartoon Forum Spotlight is on Spain, and numerous networking activities and visibility actions to promote Spanish companies and projects will take place. The Spotlight will include a special chapter in the official eCatalogue, which includes key data on the Spanish sector; the services offered by the Spain Audiovisual Bureau, a recently launched information tool; a review of the tax incentives offered by the country and some of its regions for foreign production companies; the contribution of RTVE and Clan as a catalyst for local productions; and the promotion and access to the Who is Who Animation from Spain 2022 guide.

Additionally, two Spanish companies have been nominated for this year’s Cartoon Tributes awards, which recognize the most outstanding European producers, investors/distributors and broadcasters. GoldBee is nominated for best investor/distrubtor, and Peekaboo Animation is up for producer of the year. The winners will be announced on Thursday, September 22.

The official agenda for Cartoon Forum also includes the traditional Happy Hour on September 21, themed with Spanish food and drinks, as well as the farewell dinner on September 22, hosted by Animation from Spain. 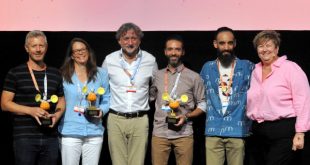 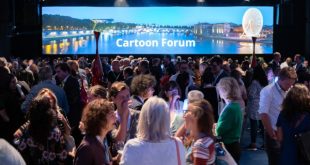 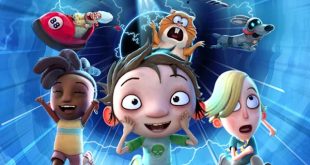 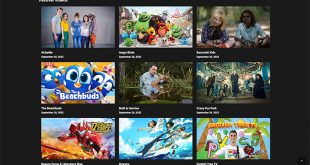 Buyers from across the landscape—linear, AVOD, SVOD—have an abundance of fantastic properties to choose from, as you’ll see from our second-annual TV Kids Screenings Festival.