Ameba TV President Tony Havelka talks to TV Kids about how the SVOD platform is meeting the needs of its audience as the kids’ content industry continues to grow and change.

Canada-based Ameba TV streams children’s video content across genres, making its titles available via the web, mobile, tablets, smart TVs and other connected smart devices for kids in the U.S. and Canada. Ameba TV President Tony Havelka has his ear to the ground as the industry continues to grow and change, providing more opportunities for streaming platforms, particularly those whose primary audience is kids.

“Covid-19 has sparked interest in streaming platforms for what they can do: they can entertain, they can act as a bit of a babysitter sometimes when needed, but they can also educate,” says Havelka. “We’re not an education platform; that’s not what we’re trying to do. But we also find that there’s lots of content coming to market that’s been there for a while, that’s truly educational and that was kind of relegated. It’s getting to the point where the market is looking for something that’s a little more than a quick fix of content by looking to watch some shows that will be a little bit more educational—and entertaining.”

As an SVOD service, Ameba TV’s focus is on longer-format content versus the shorter clips that populate other platforms. In addition to full series episodes, the service upped its movie offering a few years ago. “The engagements are quite high, and we’re finding that people are watching throughout the day, but mostly evenings and weekends, where you can kind of infer that a family is coming together to watch something with a little bit of a longer run,” says Havelka. “When people come to Ameba, they’re looking for a richer experience and a little more in depth. And they will binge content. That’s what they’re looking for; they’re looking to engage with a property.”

“We tend to focus on delivering value for the catalog to the viewer and, obviously, for their parents,” Havelka adds.

One of the ways in which Ameba TV has looked to boost the value of its catalog is to create read-alongs, dubbing in professional voice overs with animations for popular children’s books. The company has worked with Australian author Jeannette Rowe and Sandra Boynton, among others. “We did that because it didn’t step on any of our providers’ toes,” explains Havelka. “We’re not out there to go and make shows that our content providers make; that’s what they do best, they tell stories that way. We just really took a story that hasn’t been made into a video yet and made it kind of an animated book.”

The vast majority of the content on Ameba TV are shows from its providers from across the globe that may or may not have reached a North American audience yet. The platform has also seen some titles coming over from YouTube. “Last year, when that whole COPPA-gedden hit, there was a bit of a—not migration because content is still there—but they were looking for other platforms to put their content on,” says Havelka. “Some of it, we picked up. We turned away a lot in the sense that we’re not really looking for content that was chasing an algorithm. We’re looking for content that tells a story, content that is kind of evergreen, that’s not just relevant today, it’s relevant ten years from now.”

“You think that all of these things have to be HD and the latest and greatest, but these are SD shows,” says Havelka. “When you look at them, they were done in the ’80s and ’90s and have that kind of flavor to them. Kids don’t care because it tells a good story.”

As Havelka points out, when it comes to the variety of platforms out there for kids’ content, whether it be longer format, shorter format, HD or SD, there are three main buckets—SVOD, AVOD and linear streaming. “Those are all viable platforms for children’s content, just trying to get your content everywhere, on all the platforms at all times,” says Havelka, adding, “The problem is that there’s a big difference in mindset between SVOD, like subscriptions, and advertising. With subscriptions, we focus on delivering the value of the catalog to parents. In AVOD, you have to be in the mindset of: you’re selling ads to kids. That’s how you make your money. You’re not trying to get value so that people will renew their subscription every month and pay for access to your catalog; you need kids to watch TV and you need to give them as many ads as you possibly can.”

Ameba TV waded into AVOD, trying it out for four years before shifting to their current model: a subscription service that uses both AVOD and linear as a trial and a potential gateway to its SVOD service. The company had found that not only were revenues relatively low for its AVOD platform because of the nature of the business cycle over the course of a year, but that it was cannibalizing its SVOD service. “People are like, why pay for it if I can just get it over there?” says Halveka. “We started saying that this really isn’t working out for us. We’re having a hard time getting our head around putting more ads into kids’ viewing days. That’s the only way you’re going to increase your monetization, it’s by adding more ads or adding higher paying ads.”

This led Ameba TV to shift to its current hybrid model. “It’s a secure revenue stream,” says Havelka. “Every single month people pay.” In addition to reaching would-be subscribers by offering one episode of every series for free and giving access to a total of five episodes per series in exchange for creating a free account with a verifiable email address, Ameba TV appeals to potential customers with its linear channels.

“Our linear channels are designed to give a linear audience a taste of what’s on Ameba,” Havelka explains. “We put some really good shows on there and vary them all a lot. But really, if you want to watch season one episode one through season ten episode 52, you gotta come to Ameba.”

Havelka, who sees marketing as the biggest challenge in the kids’ content industry, is more than happy to be in the business of delivering the best titles and doing it well, for the kids and their caregivers alike. “Kids is such an important market to do it right,” he says. “If you fail in that area, you’re failing kids, you lose the parents’ trust. That’s something with video and what we’ve been doing, that’s what our core values are based on. It’s so important that the entire experience is really good for kids.”

Chelsea Regan is the managing editor of World Screen. She can be reached at cregan@worldscreen.com.
Previous Mattel & VCP Pact for PAW Patrol Movie Products Line
Next Chinese Broadcasters Board GOGOBUS Season Seven 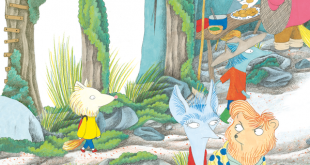 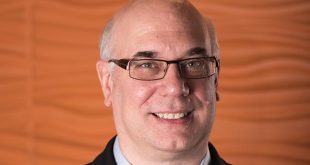 Tony Havelka on the Launch of Ameba Productions 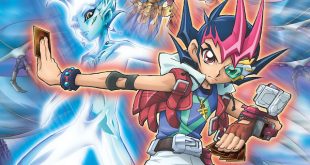 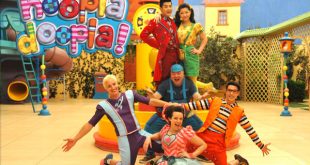 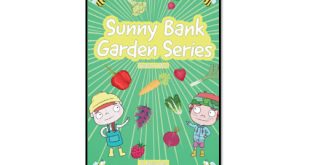 Blinky and Knobby to Land on Ameba TV 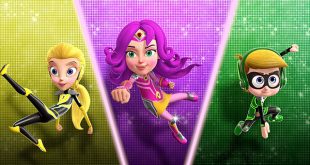