TORONTO: Wild Kratts, an animated kids’ comedy action series, has been sold by 9 Story Entertainment into territories in Europe, Asia, South America and the Middle East. Co-produced by The Kratt Brothers Company and 9 Story Entertainment, Wild Kratts was created by Martin and Chris Kratt, two brothers who are zoologists. The half-hour show takes viewers …

The leading source of information for the international media business.
Previous YFE Readies Heroes of the City for MIP Junior
Next Cartoon Network Gets Cookie Jar Action Series 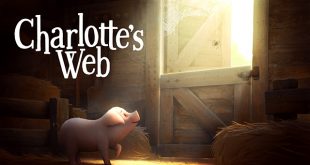 Guru Studio has started work on a retelling of the classic Charlotte’s Web, a family miniseries produced by Sesame Workshop for HBO Max.