Entertainment producers, much like the wider media industry, have had to undergo a rapid evolution to adapt their established processes to fit the new pandemic-era production landscape. Zoom was perhaps the biggest lifeline, although “the use of Zoom within chat shows and entertainment formats [is] something none of us could have imagined we’d accept in terms of production values two years ago,” says Mirella Breda, head of entertainment at Two Rivers Media. “It got us out of a hole.”

Producing shows remotely across different continents with crews, production and postproduction teams thousands of miles apart also helped keep production companies afloat. “Nothing beats being in the same room as your editor,” Breda notes. “But the fact that we’ve proven it can be done has opened a host of possibilities, which I think will outlast the pandemic.” Among its benefits, the remote production process makes for easier international collaboration.

The vast array of entertainment formats that Two Rivers Media works with helped fuel its pandemic success. Within the entertainment landscape, quizzes and game shows performed particularly well. “Audiences and broadcasters welcomed the escapism entertainment offered,” Breda says. Still, today, “escapism feels like a big trope—understandably. We want to see shows that are far removed from everyday life more than ever, whether that’s a shiny high-stakes game show or a dating show set on a tropical island.”

Series that give viewers a sense of nostalgia have also proved popular. “We’ve seen a lot of format revivals in the U.K., like Blankety Blank and The Weakest Link,” Breda notes. Not only did viewers enjoy them, but broadcasters, which wanted safe, reliable formats, found them to be less risky.

In the near future, “I think broadcasters and audiences will be hungry for travel on a big scale,” Breda says. “It’s one of the main things we’ve been denied in real life, and TV can provide that. It’s why shows like our own Escape to the Chateau have continued to deliver so well.” Two Rivers Media is banking on viewers continuing to crave travel series, as its upcoming pipeline includes a new competitive formatted travel show and a celebrity-led food travel series.

Overall, though, Two Rivers Media’s focus “remains on developing quality returnable formats with international appeal,” regardless of their subject, Breda notes. “We are working closely with Two Rivers LA executive Hayley Babcock to identify opportunities for our formats on both sides of the Atlantic.”

Breda feels positive about the future. “In spite of all the challenges the past two years have thrown at us, entertainment producers across the whole industry have proved just how valued and loved our shows are.”

And, though “entertainment shows are often overlooked when it comes to awards and accolades,” Breda says, it should be noted that “when the world needed a laugh and something to escape to, entertainment formats came through!”

Jamie Stalcup is the associate editor of World Screen. She can be reached at jstalcup@worldscreen.com.
Previous ITV Studios Appoints Sales Director for Global Entertainment
Next Million Dollar Island Set for Australian Adaptation 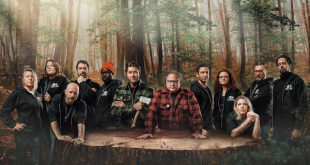