Formats are in high demand as commissioners and producers look for shortcuts in the high-risk business of scripted content.

Two unusual doctors have been battling it out for supremacy on the Turkish television ratings charts: Ates Hekimoğlu in Kanal D’s Hekimoğlu, based on Hugh Laurie’s cantankerous Dr. House; and Ali Vefa in FOX’s Mucize Doktor, modeled on the autistic savant at the center The Good Doctor. That’s just two of an array of international dramas that have been remade in Turkey as local producers find new ways to win the intensely competitive battle for eyeballs on the free-to-air broadcasters. And what’s happening in Turkey is taking place in lots of other markets as everyone looks for more cost-effective, faster ways to deliver locally resonant dramas.

“Historically, people haven’t looked too far for local story development,” observes Andre Renaud, the senior VP of global format sales at BBC Studios. “But in the last two years, the impact of scripted has grown. I think there are two key things, besides the characters and stories we’ve told. One is the reduced development cost, and two is the reduced development time. A show can be from page to stage within a year.”

Stephen Driscoll, the executive VP for EMEA at all3media international, has a similar perspective, adding, “This coupled with gaining access to award-winning writers and critically acclaimed scripts makes scripted formats a viable content choice. When considering scripted formats, commissioners can see the demonstrable success that the original has achieved, including strong ratings, critical acclaim and awards. Most importantly, though, the format must bring something fresh that hasn’t been pitched to them as an original.”

Sharon Levi, the head of sales at Armoza Formats, says that using a scripted format is akin to taking a shortcut. “Coming up with the idea and the scripts takes so long, and so much money [needs to be] invested in development. You want to be fast in releasing shows and being up to date. Formats have that to offer. Also, these formats have aired somewhere in the world, so they’ve already been proven. People know the formula works, so you’re taking a little less of a chance.”

Of course, not everything can be remade. So what makes a show formattable? BBC Studios’ Renaud puts it down to “strong, bold characters,” where “individual stories and events surrounding them can be both unique and universal.”

“Mother is adaptable because the story is very relatable,” says Shigeko Cindy Chino, the associate managing director for international business development at Nippon TV, which has sold the format to Turkey and Korea, among other markets. “This theme of strong bonds and relationships among strangers can be seen in any culture, and Mother told it so well.”

Fredrik af Malmborg, the managing director of Eccho Rights, points to relatability as being a major factor in the success of Nurses, which began in Finland and has been remade in Sweden, Slovakia, Slovenia and, most recently, France. “It’s not like an American hospital series that looks too polished,” af Malmborg explains.

Liar, first made for ITV and SundanceTV, has been all3media international’s most successful scripted format to date, with deals sealed in Italy, India, Spain, Germany and France. “The set up was so strong and original, commissioners got it quickly and saw how powerful it could be with a local cast and crew,” Driscoll explains.

While dramas certainly dominate the scripted-format landscape, comedies should not be discounted. Armoza Formats’ best-selling scripted format has been La Famiglia and BBC Studios’ has been The Office. But, comedy is harder to adapt, says Levi at Armoza Formats. “Sometimes a lot of the words get lost in translation. You need to be flexible, but also you need a very creative writer to find where the comedy is and adapt it to the local language and culture.”

Adapting drama isn’t easy either. “We must be aware that ‘localization’ is not about imitating the original,” says Chino at Nippon TV. “It is about perceiving the original and translating it into a relatable context for the local viewers.”

As such, flexibility is paramount “in terms of cultural differences, language barriers, religious or spiritual issues,” says Levi. “You can’t force the commissioners to do something against what they believe their viewers are going to relate to.”

At Eccho Rights, af Malmborg says that having “a good consulting process” is crucial, “so [the producers] know the thoughts behind the original scripts. You’re free to adapt if you know what you’re adapting. If you don’t, then you may make mistakes.”

A good format adaptation process also requires providing support to your producing partner, says BBC Studios’ Renaud. “It’s crucial to be able to partner the essence of the idea with how it gets localized. We have scripted development producers who do that, and they’re available from the very beginning of the commission through to helping to bring that story to life.”

Negotiations around scripted formats also require much conversation about who will hold the rights to the remakes—and how those multiple versions are sold. “We represent a Turkish series called Ezel that was adapted in Romania as Vlad,” says af Malmborg at Eccho Rights. “We have sold that to Bulgaria and we have a few other deals. It makes sense to keep the franchise together.”

For Renaud at BBC Studios, it’s often a different type of client that would want a scripted format versus a finished product. “Drama Republic’s Doctor Foster has been licensed around the world, mostly on OTT services, and the local adaptations are coming on to [linear] broadcasters, so it is possible to have both in one market. I think it’s rare that there would be a single channel that would look at both investing in a local drama like that and also buying tape; you tend to do one or the other.”

Mansha Daswani is the editor and associate publisher of World Screen. She can be reached on [email protected]
Previous Back Roads & Mediapro in Formats Pact
Next Strong Start for Good Singers on TF1 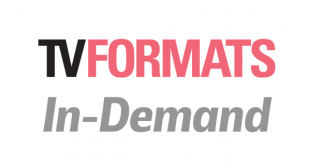 Our first TV Formats In-Demand report focuses on the always popular game-show genre, with spotlights on Banijay Rights' new U.S. hit Don't and Red Arrow Studios International's buzzy Beat the Channel and long-running Sky One commission A League of Their Own.