Belgium-based Never Ending Story (NES) has developed a new interface that will allow the game show Septante et Un (71) to continue its run on the French-language pay-TV channel RTL TVI amid the coronavirus pandemic.

Based on Headstrong’s American format Beat the Crowd, Septante et Un (71) sees one player compete face-to-face with 70 opponents over ten rounds in front of a live studio audience. To comply with COVID-19 safety regulations, the format has been adapted to follow social distancing guidelines and a digital interface has been developed that allows the 70 other competitors to “join” the studio-based player and presenter Jean-Michel Zecca remotely using their home computers and a “virtual” display in the studio.

The bespoke new interface was developed by NES’s digital and software teams using Softron products and the support of Deltacast. Once filming begins in the studio, the remote players receive live images of the set, questions, the different options for the answers as well as instructions from the “warm-up guy” on their home computers. Meanwhile, they can be seen and heard in the studio on a digital display that recreates the original stand where contestants used to sit.

Xavier Debatty, CEO of NES and executive producer of Septante et Un (71), said: “Delivering this digital version of Septante et Un (71) has involved the coordinated efforts of many people at NES, Softron and Deltacast in order to enable 70 contestants to play from home; while RTL TVI’s technical staff have pushed Zero Density’s technology to the max to connect everyone together in the studio on our virtual wall. Managing the everyday noises coming from 70 different computers really created an unprecedented challenge for our sound engineers in particular!”.

Anne Roder Botbol, sales representative for Septante et Un (71), said: “With these COVID-19 adaptations in place, we can now offer a proven solution for broadcasters anywhere in the world looking to fill gaps quickly and easily with a cost-effective stripped gameshow that we know really engages audiences of all ages. In addition, NES’s powerful new interface is also very flexible, so it can easily be adapted to support many other TV formats that previously relied on contestants being in the studio.”

Wiet Bruurs, head of entertainment at RTL, added: “We are thrilled to have been able to work with the extended team at NES to find a creative solution to continue to bring our viewers their daily dose of Septante et Un (71) at this difficult time. This series has been the backbone of our daily schedule for nearly 20 years and we hope this new evolution of the format will continue to entertain and engage audiences while allowing contestants to take part from anywhere in the world!”

Chelsea Regan is the associate editor of World Screen. She can be reached at [email protected]
Previous Global Agency Takes Rights to Home Quiz
Next 3 Ball Productions Picks Up U.S. Rights for The Container Cup 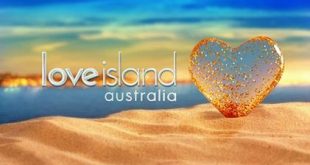 With Love Island unable to film because of the coronavirus pandemic, ITV2 is set to broadcast the Australian version of the show this summer in the U.K.