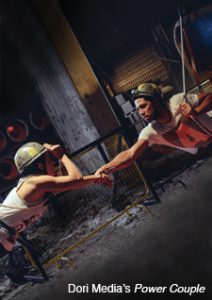 In the quest for the next big thing, format distributors are partnering up with broadcasters and producers to co-develop titles that will have global appeal.

The word “co-development” has been popping up quite a bit in the format business, as distributors are increasingly looking to alliances with producers and broadcasters in the hopes of coming up with a global hit. More than just a buzzword, this collaborative format strategy can help with costs, risk and getting concepts off the ground. It also puts to the test the age-old adage of “two heads are better than one” with regard to creativity.

“The business has become tougher—tougher in its demands and tougher on the budgets that networks can allocate to new shows,” says Avi Armoza, founder and CEO of Armoza Formats, which recently joined the ITV Studios group. “Development, by nature, is the most expensive and riskiest part of the business. So, wherever broadcasters or partners can reduce risk and make a more cost-effective cooperation, this is the major [motivation] for co-development.”

“In Israel, we are very creative to find a solution of how to do things without a lot of money, to be attractive and catch the eyes of the people,” says Nadav Palti, the president and CEO of Dori Media Group, which has co-developed a slew of formats with various partners around the world.

Sophie Ferron, founder, president and executive producer at Media Ranch, highlights the creative benefits that co-development with international partners can bring about. “The world is more and more global, so it makes sense to partner with others to create something that has wider appeal,” she says. “Also, not all partners—networks, creators, producers, distributors—come with the same approach, so it gives the project a broader audience.”

WORKING TOGETHER
Earlier this year, RTL Group established its own Format Creation Group (FC Group), dedicated to the development of factual-entertainment formats and reality shows. The group will be working closely with RTL broadcasters in different countries “to reflect their needs in the local markets,” says Matthias Scholten, managing director of FC Group.

“Successful programs in the Netherlands also often work well in Germany, France or Spain, and conversely, a format that flopped in one country is generally also likely to flop in another European country,” Scholten adds. “At FC Group, we can learn from the different experiences within the RTL Group broadcasters to become ever more innovative.”

FC Group is jointly financed by RTL Group’s major broadcasters Mediengruppe RTL Deutschland, M6 Group and RTL Nederland, serving as an add-on to the development teams of the respective networks, Scholten explains. “The development teams within the broadcasters are close to their own ‘daily fires’ and rightly have their focus on the time slots of their own channels; we will bear this in mind.”

There are advantages to working directly with broadcasters, says Armoza. “When a broadcaster is involved, you can already look into the possibility of having a season produced. Or, if you need to produce a pilot and invest in building a set.”

CASTING A WIDE NET
In addition to working with networks, Media Ranch is co-developing projects with format creators, brands, producers and distributors. “We have many types of co-development partnerships,” says Ferron. “It’s very important to us to start with a strong relationship with creators, so that they trust us with their ideas—to come to us first, knowing that we will make their idea shine and collaborate as partners. The same can be said with networks that need content partners to help them with their programming needs; we can’t collaborate without the other.”

Dori Media Group has around 25 titles that have come out of co-developments, among them Power Couple. Developed in partnership with Abot Hameiri, it has been adapted in markets such as Germany, Mexico and Brazil. “Abot Hameiri was responsible for the production, we did the development together, but we’re responsible for the distribution worldwide. We split the revenue,” Palti explains.

Armoza Formats previously aligned in a development deal with France’s TF1. “There are at least two big formats that we are very proud of that came out of this co-development, but they [aired] elsewhere,” Armoza explains. “It was successful from the perspective of development and our ability to sell the formats worldwide, but it was not successful from the point of view of [broadcasting] within France.”

The studio game show Babushka was developed in partnership with TF1 but was commissioned in Turkey, Spain and the U.K. Similarly, Armoza Formats worked with the French broadcaster on the entertainment show The People’s Choice, which was ultimately commissioned in Turkey, Brazil and India. “Although we did the development in France, we kept our independence and flexibility to market those shows internationally,” Armoza explains.

TAKING THE LEAD
Despite all of the apparent benefits that co-development can bring, the arrangement is not without its challenges. To avoid some of the pitfalls, Armoza suggests that creatively, there needs to be one clear leader. Then it’s about assessing complementary strengths, such as if one partner has production capabilities or if one has direct ties to a broadcaster or platform.

“There is creative collaboration, but I don’t think it’s the essential part,” says Armoza. “The commercial perspective is more of a key element in the agenda. When you create, you need to have as few people [as possible] who have a clear vision to execute the show. Keeping it too wide can create conflict and doesn’t push the format forward.”

Media Ranch’s Ferron has a different stance: “There is the financial risk that is shared, but truly, we really value the creative process,” she says. “That is our main focus—a freshness and different point of view offer different strengths.”

For Ferron, the main challenges in co-development are working with different personalities, countries’ cultures and levels of expertise. “We need to quickly come to an understanding of exact roles in the development process,” she says.

With its positive view on co-developing formats, the company is aiming to enter more alliances in the future. “Co-development is a strong and desirable focus for Media Ranch,” says Ferron. “We want to join forces with the most brilliant, creative international creators, producers and networks from around the world to develop the best format to come.”

Kristin Brzoznowski is the executive editor of World Screen. She can be reached at [email protected]
Previous Fit for TV
Next Media Ranch Unveils Full Formats Slate for MIPCOM 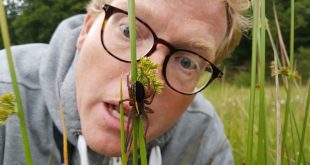 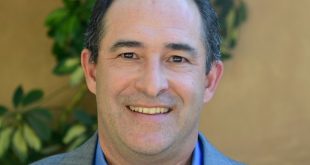 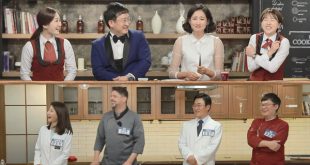 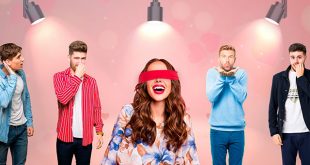 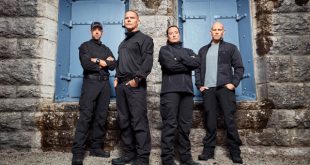