Both a buyer and seller of scripted formats, the Philippines’ GMA Network holds a unique position in the drama remakes market. The broadcaster has successfully remade series from elsewhere and is mining its deep well of local stories for properties that could resonate with audiences in other markets. Roxanne J. Barcelona, VP of the worldwide division at GMA, offers TV Formats her views on this booming sector of the formats business.

TV FORMATS: What is driving the interest in drama remakes and reboots?
BARCELONA: With the exploding amount of content in all media platforms demanding attention, the acquisition of popular drama formats is proving to be the easiest way to ensure a captive audience.

TV FORMATS: What are some of the keys to successful drama remakes?
BARCELONA: We only acquire remakes that we can tailor to our viewers’ tastes and preferences. Dramas with relevant concepts that our viewers can relate to socially and culturally are important in reboots and remakes. Sometimes we tweak a story or a character to ensure proper engagement with the target demographics as opposed to alienating them.

Casting plays an important role in increasing the chances of the remake’s success. Viewers always anticipate their favorite stars’ performances in drama remakes.

TV FORMATS: Can you give some examples of shows from your catalog that have been successfully remade in other markets?
BARCELONA: The Impostor was a drama format we sold to Cambodia. Vietnam acquired The Other Mrs. Real and Losing Heaven. Another drama series, Little Heiress, was sold to Mexico.  We also sold the drama formats of The Half Sisters, My Superstar, My One and Only Love, My Destiny and Until We Meet Again to Latin Media Corp., our partner in Latin America.

TV FORMATS: What are the challenges and opportunities in distributing multiple versions of the same show?
BARCELONA: The challenge is when we have limited distribution rights to some of our remakes. Although this is not the norm but rather the exception, it does pose challenges in some cases. This limits the amount of content that can be offered to regular clients. But on the other hand, it opens an opportunity for a deeper and longer cooperation between the format owner and the licensee and its distributor. We trust that format owners will promote and market our adaptations and distribute them to a wider audience. If the adaptation is promoted alongside the original, it may also strengthen the marketability of the remake and, in the long run, promote Filipino dramas in general.

Mansha Daswani is the editor and associate publisher of World Screen. She can be reached on mdaswani@worldscreen.com.
Previous Netflix Picks Up More Family Feud South Africa
Next The Stand Up Sketch Show Being Adapted in the Middle East 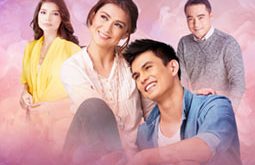 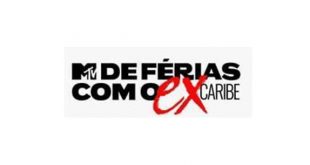 New Latin American Version of Ex on the Beach Greenlit

MTV and Paramount+ Latin America have greenlit a new Latin American version of Ex on the Beach, slated to premiere in 2022.