LONDON: Comedy Central UK has begun production on its own version of the series Drunk History, which first aired on its sister channel in the U.S. The series will comprise eight episodes, produced by Tiger Aspect in the U.K. Each chapter will feature comedians getting drunk in order to tell a true historical story they … 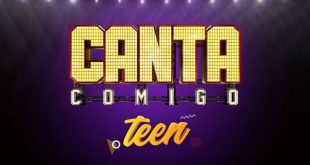 Teen Version for All Together Now

Record TV has commissioned a new version of the entertainment format All Together Now from Endemol Shine Brazil, this one featuring young contestants.