World of Wonder founders Fenton Bailey and Randy Barbato talk to TV Formats about the global language of drag culture, their fiercely independent approach to making content that speaks to and celebrates LGBTQ audiences and their plans for expanding their SVOD service WOW Presents Plus.

In the 12 years since RuPaul’s Drag Race premiered in the U.S. (first on Logo, before moving to VH1), the World of Wonder-produced series has become a pop-culture phenomenon and, more recently, a global format hit. The journey to globalize the beloved show began in 2015 when The Switch Drag Race premiered in Chile. But it was the arrival of the Thai version in 2018 that marked a turning point, says World of Wonder co-founder Randy Barbato. “That is when it became so clear how strong the format is, and how in many ways you didn’t even need to understand the language to watch it and enjoy it. That’s also when World of Wonder understood how we could work with various production entities and broadcast partners to translate the format and share enough of the key beats but also respect the local flavor and flair of the queens.”

Indeed, the last few years have seen a dramatic expansion in Drag Race format activity, with versions for BBC Three in the U.K., Crave in Canada and Videoland in the Netherlands. This month, RuPaul’s Drag Race Down Under, an Australian and New Zealand version, premiered on TVNZ and Stan. In a few weeks, Drag Race España arrives on ATRESplayer in Spain. And all these versions are finding audiences outside of their home markets (the series and format are represented by Passion Distribution). BBC Three, for example, snapped up RuPaul’s Drag Race Down Under. And WOW Presents Plus, World of Wonder’s global platform, is the home for all things Drag Race, bringing the adaptations—and a host of other content—to subscribers worldwide.

The success of the adaptations lies in the casting. “It’s all about the queens,” says World of Wonder co-founder Fenton Bailey. “That’s the hidden strength, the secret sauce of the format. Drag is a rich, vibrant culture in pretty much every country. It just hasn’t necessarily been on TV or had that kind of platform or exposure. So it’s trusting the queens and their aesthetic. And that’s what makes each version unique. One of the anxieties was, Oh, the British queens are very different from the American queens; they are going to be so much less Hollywood! There was an anxiety that it wouldn’t be as good. And, of course, it’s fabulous in a whole bunch of different ways. The moment Baga Chipz walked out and talked about battered sausage and Daddies hot sauce, it was like, oh my god, we’re in a totally different world here!”

There’s another integral element, Barbato adds: “I do think the crack cocaine of Drag Race is the surprising amount of heart the show has. Fenton says it’s the queens that make the show a success, and that’s true. And even more specifically, it’s their heart and their humanity that always shines through. That is global. The most important thing when casting this show is to cast for authenticity. People who will reveal themselves—who are open to being in front of a camera and not only sharing their look but sharing their hearts. I do think that’s been responsible for the success of each iteration. I sort of expected that, but it’s a little surprising how much heart there is all across the globe. Drag queens have heart, who knew!”

On Down Under, in particular, Bailey observes, “I’m super impressed by the rudeness of the Australian queens, hurling fabulous insults to each other’s faces and no one seems to get upset! It’s extraordinarily candid and so viscerally direct; it’s great!”

Just as the American original has found audiences worldwide, the adaptations are striking a chord with audiences in multiple markets, Barbato and Bailey note. “There is a kind of joy discovering a different country’s queens,” Barbato says. Bailey adds: “Underpinning it is something Ru has said a million times and will say a billion more: You’re born naked and the rest is drag. That is true wherever you are.”

On further expansion of the format, Bailey says there are other versions in the works, and the team has “a couple of dream-come-true territories” they’d like to see the show arrive in, including Russia and China. “I think drag has healing powers,” Bailey says. “And then there’s the interplanetary version!” Barbato quips.

World of Wonder was able to produce three seasons of RuPaul’s Drag Race since March of last year, reflecting the company’s ability to navigate the challenges of working amid a pandemic. “We have the most amazing team and they were able to pivot from in-person in the office to remote working, especially with postproduction,” Bailey says. “It was a lightning-fast transition—and not one we’d ever really contemplated making. But now, 12 months hindsight, we can see some very beneficial differences to the way we work moving forward. We never had a work-from-home policy, and now we do! [Laughs] This is something Ru said: The art of drag is about the art of flexibility, of being able to make something out of nothing. People’s willingness to adapt to a highly adversarial, hostile situation brought out the finest in everybody.”

The pandemic also saw accelerating gains at WOW Presents Plus, resulting from both audiences having more time at home and the platform’s growing content selection. The service “has exceeded all of our expectations,” Barbato says. And with that success, World of Wonder is now devoting more resources to original content for the platform, including recently completing Painted with Raven, a makeup artist competition series with Drag Race runner-up Raven. “She does RuPaul’s makeup,” Barbato notes. “She is one of the best makeup artists on the planet, and one of the best drag queens, and an incredible personality. So we’ve produced this competitive reality series [for WOW Presents Plus] that is the sort of show we’d normally take out and sell to a broadcaster. RuPaul is a guest on the first episode. Increasingly, I think we will be starting at WOW Presents Plus, investing the money and hooking up the talent. We have such a huge talent pool.”

“We’re fiercely independent, so we can do the content the way we want to,” Barbato says.

And that ethos extends to WOW Docs, World of Wonder’s documentary division, which recently released Wojnarowicz, about New York City artist David Wojnarowicz and his activism during the AIDS crisis in the 1980s (he died of the disease in 1992). “It’s weird that the film would be finished and come out at this particular time,” Bailey says. “So much of what he was about was trying to get people’s attention on the fact that there was a disease raging out of control, and no one was doing anything about it. It was a little bit of déjà vu.”

Other WOW Docs projects include Freedia Got a Gun, following as New Orleans bounce artist Big Freedia returns to her hometown to confront the plague of gun violence, and Explant, which focuses on Drag Race judge Michelle Visage as she embarks on a journey to have her breast implants removed. “That film will premiere at the Tribeca Film Festival, but again, part of what we’re doing with documentaries is making films that we don’t go out and try to sell to anyone,” Barbato says. “We’re making films we think our audience will appreciate, doing them independently, taking them out on the road, getting exposure at festivals and maybe a streamer for a limited window, but ultimately, they will all end up on WOW Presents Plus.”

Mansha Daswani is the editor and associate publisher of World Screen. She can be reached on mdaswani@worldscreen.com.
Previous Season Two of Armoza Formats’ Date in Reverse in South Africa
Next New Gordon Ramsay Cooking Competition for FOX 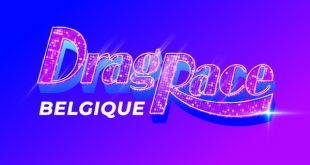 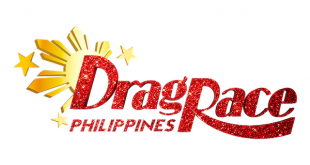 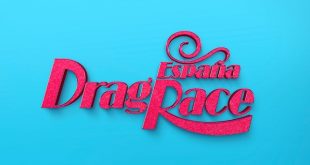 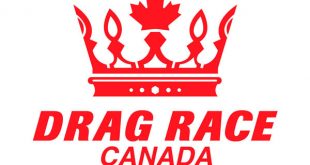 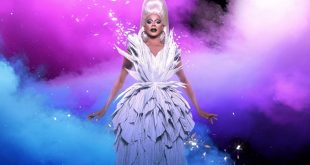 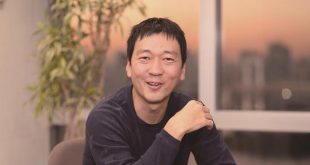