As the FIFA World Cup gears up to begin in Qatar, S&P Analysis indicates the sporting event will generate revenues of $6.5 billion, surpassing all previous tournaments and four times the figure seen in Korea and Japan in 2002.

Gianni Infantino, the president of FIFA, has said he expects the football tournament to reach 5 billion people across all platforms in 219 markets.

S&P analysis of the last complete four-year World Cup cycle that led up to Russia 2018 indicates that just under 50 percent of FIFA’s revenues for the event came from broadcasting rights fees, with 26 percent from sponsorships and 11 percent from hospitality and ticket sales.

According to an S&P Global Market Intelligence Consumer Insights survey, soccer is the most popular sport for live-TV viewing in eight of ten major global markets and in the top three for nine markets.

Mansha Daswani is the editor and associate publisher of World Screen. She can be reached on mdaswani@worldscreen.com.
Previous Series Mania Reveals Creative Campaign Award
Next Blue Ant Taps A+E Networks Alum for Director of Sales Role 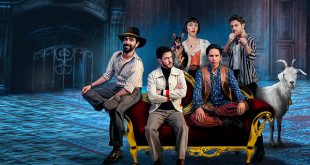 Leading Dori Media Group’s slate, The Salvadors (Los Hermanos Salvador) centers on siblings who come together to save their family’s sorcery store.