The Changing Nature of TV: Understanding How Streaming Video is Changing What Consumers Think of TV is based on responses from more than 6,000 consumers in the U.K., France, Germany, the Netherlands, Sweden, Finland, Norway and Iceland, aged 18 and over.

Almost half (47 percent) of respondents say they had lower expectations of stream quality when watching content on mobile devices, prioritizing convenience over bitrate or resolution.

The majority of respondents (65 percent) would be willing to pay extra to legitimize sharing of their streaming video subscriptions with friends and family.

Kristin Brzoznowski is the executive editor of World Screen. She can be reached at [email protected]
Previous Video Interview with Can Yaman
Next Endeavor Content Takes Stake in The Ink Factory 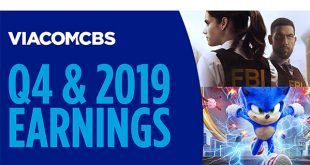 Announcing its first post-merger financial results, ViacomCBS revealed plans to expand the CBS All Access SVOD service with a broader offering as it moves to "accelerate our momentum in streaming."