Since starring as resident good guy Brandon Walsh in Beverly Hills, 90210, Jason Priestley has risen far beyond his ’90s heartthrob status to establish himself as a versatile talent in front of and behind the camera. His list of directing credits includes series such as Rookie Blue and Van Helsing, and he has served as an executive producer on projects for both the big and small screen. Priestley garnered multiple awards for the comedy series Call Me Fitz, which he starred in, produced and directed several episodes of. 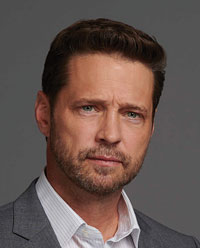 WS: Private Eyes has been renewed for a fourth season. What do you think is the secret sauce that makes the show work, in a time when there’s so much good TV to choose from?
PRIESTLEY: There is a plethora of great television to be found right now. What makes our show work is that it’s feel-good television; it’s a very blue-sky show. It’s easy to watch. Our audience tends to be very broad; it’s a great show for a lot of people. The co-viewing opportunities are great as well. That’s why it’s been able to resonate with audiences all around the world.

WS: Were you inspired by any of the classic detective-style series?
PRIESTLEY: I was, absolutely. I grew up in the era of The Rockford Files, Magnum P.I. and Remington Steele; I had a steady diet of those kinds of shows. The detective genre was one that I was not only familiar with but a huge fan of. So, to have the opportunity to develop, star in, direct and executive produce a show like this is a lot of fun for me.

WS: Are there advantages as an actor to the procedural crime-of-the-week format versus serialized?
PRIESTLEY: There is a case of the week, where we follow the procedural format, but we also try to balance that out with comedy and the family stories. Matt Shade’s family gives the show its heart. It’s a tricky balance that we have to bring to the show every week—with the procedural elements, the comedy and the heart of the show, which is the family—but that’s [the combination] that really makes the show work.

WS: Now that you and co-star Cindy Sampson have filmed together for four seasons and established chemistry, is there more comedic ad-libbing or a shorthand that feeds back into the show?
PRIESTLEY: There is a shorthand between Cindy and me. We have a great time working together and genuinely like each other. We make a great team, and it’s a benefit to the show.

WS: The series airs all around the world, but it does feel like a showpiece for Toronto. Has that been part of the design from the beginning?
PRIESTLEY: Very much so. The fact that we set the show in Toronto and showcase Toronto is something that I, being a Canadian, am incredibly proud of. I love the fact that we show off Toronto and Canada and are unabashedly Canadian and that people around the globe eat it up the way they do. So many other shows shoot in Toronto but pretend that they’re in Chicago or New York or some nebulous city east of the Mississippi. For a show like this to be as successful as it is around the globe, and to proudly say that we’re in Toronto, is something we’re all very proud of.
We’re on in 160 territories now, which is staggering. The private-eye genre has been around since the dawn of television. It’s a tried-and-true genre. But our show also deals with universal familial issues; those know no borders, whether you’re in Canada or America, Zimbabwe or Brazil. We weave those two elements together seamlessly, and that helps the universal appeal of the show.

WS: You’re an executive producer on Private Eyes and were involved in optioning the books it’s based on. What are some of the core responsibilities you take on behind the scenes?
PRIESTLEY: I direct episodes too, so I wear a lot of hats on this show! For me, a lot of the time, it’s about quality control. It’s about making sure that every episode we deliver is the absolute best episode that it can be. Lucky for me, there are a lot of people at work on this show, both in front of and behind the camera, who have that same instinct and are working just as hard as I am to make sure that that’s coming to pass.

WS: Having done your fair share of producing and directing throughout your career, is acting still your passion, or is there more you’d like to do behind the camera with regard to television?
PRIESTLEY: I really enjoy everything that I do in the entertainment business. I feel very fortunate to have had the length of career that I have and to continue to have the opportunities that I do. I’m blessed every day that I get to do this. It’s an incredible job. To be now in my fourth decade entertaining people on their small and big screens and on stage, I couldn’t have asked for a better career.

WS: Has any of your work behind the camera informed your acting—or vice versa?
PRIESTLEY: I go to work every day determined to learn something. That’s one of the things that keeps me excited. The time that I spend behind the camera working as a director really informs me as an actor. I learn something about acting every day that I work as a director. Conversely, every day that I work as an actor, I learn something else about being a better director. Those two career paths for me have been incredibly informative of each other.

WS: You’re also back in front of the camera with BH90210. What made you say “yes” to doing the show?
PRIESTLEY: It was the originality of the concept that we all came up with when we sat down and started talking about ideas and what that show could look like. That made it interesting. It’s such a different take on what a reboot could be. Nobody had any interest in what a 50-year-old Brandon Walsh would be up to, but giving everybody a comical peek behind the curtain at the dysfunction of Hollywood was an interesting take.

WS: It’s not a reboot, but something way more meta and self-aware. Was this approach also to satisfy viewers hungry for nostalgia as well as attract newcomers?
PRIESTLEY: One hundred percent. We had to do something very meta and very different rather than a straight reboot in the hopes of attracting a new audience to the show. Doing a straight-up reboot would only attract viewers of the original, so we tried to do something completely different.

WS: How important was it for you to have the original cast members sign on?
PRIESTLEY: We all picked up without skipping a beat. It was really nice to see how easily we all got right back into working together like no time had passed. It was important to get as many of the original cast members together as we could. It’s been really fun to bring even some of the secondary and tertiary members of the cast back into the fold. We brought Christine Elise [who played bad girl Emily Valentine in the original Beverly Hills, 90210] back, and she has been a huge addition to the cast. [Episode three], which I directed, saw Carol Potter [who played family matriarch Cindy Walsh] come back into the fold; it was super fun for me to get to direct Carol again. There’s been a lot of Easter eggs for fans of the original show, and I just hope people have been entertained.

WS: As someone who works on both sides of the camera, and is part of the larger entertainment ecosystem, what’s your take on the massive amount of content out there today?
PRIESTLEY: Right now, it appears there’s room for all of it! And there are more streaming services coming online, so there’s going to be even greater demand for content. I think that at least for the next few years there’s going to continue to be this insatiable demand, but what happens beyond that is anyone’s guess. The demand for content is going to remain incredibly high, but I feel like the demand for quality is going to be incredibly high as well.

WS: In an industry that can be rather fickle, you’ve had a career spanning three decades—and is still going strong. Any thoughts on what gives someone staying power in this business?
PRIESTLEY: For me, it’s been about taking chances. You can’t be afraid to take risks, and never rest on your laurels.

Kristin Brzoznowski is the executive editor of World Screen. She can be reached at kbrzoznowski@worldscreen.com.
Previous International Emmy Nominees Revealed, Hailing from 21 Countries
Next Pay-TV Subs Exceed 1 Billion 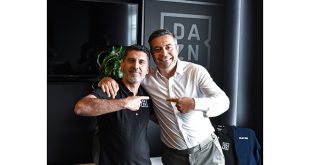 DAZN Group has entered into an agreement to acquire the ELEVEN Group's global sports media businesses, including ELEVEN Sports.