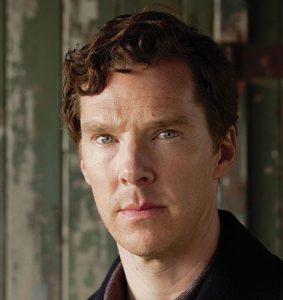 Benedict Cumberbatch has displayed gifted versatility in bringing to life such disparate characters as Hamlet; Richard III; Alan Turing, the mathematician who cracked the Nazis’ code during World War II; WikiLeaks’ Julian Assange; and Marvel’s Dr. Stephen Strange. And his brilliant portrayal of Sherlock Holmes has thrilled legions of fans the world over. In addition to acting, Cumberbatch has set up his own production company, SunnyMarch. Its first TV project is The Child in Time, in which he steps away from playing socially inept geniuses to take on the role of an ordinary father who faces horrible loss. It will air on BBC One in the U.K. and PBS Masterpiece in the U.S.

WS: What appealed to you about The Child in Time and the role of Stephen Lewis?
CUMBERBATCH: It’s a fantastic script and a great opportunity to play an “everyman” character. The material itself is written by one of my favorite authors, Ian McEwan. I’ve been lucky enough to take part in his work before when I was in [the feature film] Atonement.

Logistically, it made sense with my schedule as it was a short London shoot. Everyone came together on it for the right reasons and so from the beginning until the end the spirit was really supportive and fantastically committed from all departments. Plus, it is the first McEwan adaptation for television, which in itself is a great honor.

WS: What is your process for preparing to play a character?
CUMBERBATCH: Having a book to work from is a gift for an actor. It gives you an incredible insight into the character so that your actions can be colored with subtext. Ian McEwan is a very filmic writer, and it’s a joy to bring that to life, especially with a script as skilled and respectful of the original material as Stephen Butchard’s is. And when you have a director like Julian Farino, the collaboration is even deeper.

I wanted to pull everything closer to who I am, even with the basic elements of wardrobe, so I wore a lot of my own clothes. I didn’t want any fuss made about his appearance or any transformative work done; I wanted him to appear as I would appear under pretty horrific circumstances to imagine.

WS: What are the creative challenges of playing a character that already exists on the page? How much do you take from the play or the novel, and how much do you bring from your own experience?
CUMBERBATCH: I always find it helpful, and I’ve been very lucky with the adaptations I’ve been part of, that the novel material has been treated with so much brilliance by the adaptors, first of all. They are not getting in the way of the material.

They are signing the tip of the iceberg and letting you get the reverberations of the internal life from the book as well as what is expressed through the character. There’s a lot of other stuff going on—reams of pages in McEwan’s brilliant writing, and the same with Ford Madox Ford and what Tom Stoppard did as a top layer to that with Parade’s End. I find that a real treat.

As for The Child in Time, I’ve been a McEwan fan since I was old enough to understand the stuff. I went to The Cement Garden first. There was a production of it being made. I was toying with auditioning for it and read [the script] and thought, I can’t do that. I am not a good enough actor; I don’t know how I’d begin to do that.

Atonement was the first Ian McEwan book I read, and funnily enough I ended up in the film, but a few years later. I’d read the book almost the minute it came out; Ian McEwan was that author for me. Even though that’s the case, I hadn’t read The Child in Time. I’d read a lot of his back catalog but not that. I came to it through the script and then had this fantastic experience of actually falling in love with the idea of trying to play this role and bringing this story to life.

Yes, there are expectations by those who know the novel, even though it was released in the late ’80s. The book is very much of its time. It has a slightly dystopian twist, a critique of the Margaret Thatcher era. There are politics in it. Because of the theme of childhood, you are encompassing the state’s involvement with that, whether it’s on a power-politic level between [junior minister] Charles Drake and his boss, the Prime Minister, or simply the idea of what the state has to do with intervening in nurture as opposed to nature.

So that’s a big theme in the book. It’s a definite theme in our adaptation, though not with the political resonances. The book has a particular critique of a particular regime, [but in our TV movie] we recontextualized it. It takes place in the present day, and that gave us some freedom.

WS: How did being a parent impact your portrayal of Stephen Lewis, a father who loses a child
CUMBERBATCH: Some might wonder why I’d want to play a character in such a tragic situation having only just experienced fatherhood myself. I’ve been keen to play an everyman and not have an eccentricity or a distinctive quality to hide behind for a while. The coincidence of playing a father and becoming a father was purely accidental. The script came to us already written, and we took it on to develop and produce as a company, creating our first output in under a year of our forming the TV wing of SunnyMarch. It was all circumstantial, and sometimes that’s the best way.

As far as heading into territory that is highly emotional for any parent, I think that sensitivity would have been in place whether I had a child or not. I have no doubt that filming so soon after the birth of my second son made it even more raw, but, especially with a work of this potency, I found it very dangerous to involve my own situation with that of the character’s and so kept them separate whenever I could. No matter how good it is to be lost in the moment in drama, it is also important to honor the character’s situation, and for that you need an element of control to know what the boundaries are. That’s a long-winded way of saying my experience as a dad made me sensitive to Stephen’s tragedy and the tragedy of the book, but I would have been sensitive to it regardless of my situation, and I would always work from the material rather than from my own inner life.

WS: Was it more difficult to play Stephen Lewis, an everyday father who experiences deep personal loss, or to play geniuses like Alan Turing, Doctor Strange or Sherlock Holmes, who are all socially challenged yet face extraordinary circumstances?
CUMBERBATCH: I don’t think it’s more difficult to play Stephen Lewis than to play Doctor Strange or Sherlock Holmes or Alan Turing; they are just very different challenges. When you’re playing someone near to yourself, there’s nothing to hide behind. There are no masks to work with, and you have to bring a truth to every moment that is more similar to you, and that can be just as hard as playing the more extraordinary characters on my CV. I couldn’t say one was easier than another; they are just different, and that’s why I like playing them all and enjoy experiencing a range [of different characters].

WS: What different creative challenges do television and feature films offer an actor? What do you enjoy about films? What does television offer that films do not?
CUMBERBATCH: The cliché is time—you often have less time on a TV set, you get fewer takes and are working on a tighter schedule, but that’s not completely true. In Doctor Strange, for example, it takes longer to do setups, but you have to work equally quickly once you’re on the set. There’s a rawness about being in a smaller television crew and doing things guerrilla-style on the street. Doing the most intimate scene of losing a child in a supermarket on a Sunday afternoon in Crouch End and bringing traffic to a standstill was a moment when I required every fiber of concentration in my being to not be distracted! In film, you have much more of a lockdown of public spaces and have bigger sets that aren’t on location. TV budgets dictate that you have to do things a little more ad hoc.

This article originally appeared in the MIPCOM ’09 issue. In 2003, when the BBC decided ...

Washington
Designed by HattanMedia.com
© Copyright 2020 WSN Inc. All Rights Reserved.
No part of this website can be used, reprinted, copied, or stored in any medium without the publisher's authorization.