Mansha Daswani is the editor of World Screen, with day-to-day responsibility for its English-language print and online publications—including managing the production of its two biggest issues of the year, for MIPTV and MIPCOM—and overseeing our series of premium special reports on the world’s top broadcasters and platforms. As associate publisher she assists in crafting World Screen‘s overall strategic directives and marketing initiatives. Born and raised in Hong Kong, Mansha came to World Screen after working at Cable and Satellite Asia and Television Asia and contributing to a broad range of entertainment publications across Asia. She has a BA from Mount Holyoke College and an MA in journalism from New York University. She has been with World Screen since 2002, starting as associate editor before being named managing editor and then executive editor. She was named editor in May 2015. Mansha can be contacted on mdaswani@worldscreen.com.

Anna Carugati conducts the group’s signature interviews with the industry’s top executives, show creators and stars, and can be found moderating panels and keynotes at key industry events throughout the year. Anna has been a reporter throughout her professional life, having worked at CBS in Chicago and Mediaset in Italy, as well as trade journals such as The Hollywood Reporter and Electronic Media. Fluent in English, French, Italian and Spanish, Anna is also the recipient of an Emmy award for journalism, a duPont Columbia honorable mention and the Associated Press award for editorial excellence. She has been with World Screen since 1996. Anna can be reached on acarugati@worldscreen.com. 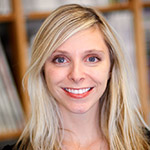 Kristin Brzoznowski contributes to all of World Screen‘s English-language print publications, as well as oversees all of the online newsletters, including the flagship World Screen Newsflash. She also manages the World Screen Guide, TV Kids Guide, TV Drama Guide and TV Formats Guide. Prior to joining World Screen, Kristin was an assistant editor at The Hampton Sheet magazine, and previously served as a writer/editor at America Online, working for its entertainment channels. Kristin graduated from The Ohio State University, obtaining a BA in mass communication and social issues, and received her certification in the French language from L’Université de Bourgogne in Dijon, France. Kristin can be reached on kbrzoznowski@worldscreen.com. 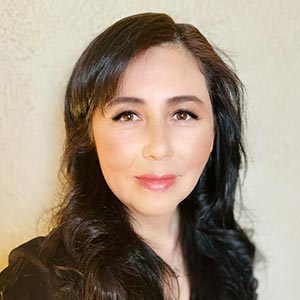 Elizabeth Bowen-Tombari is in charge of all of World Screen‘s Spanish-language content, including TV Latina, TV Niños, TV Series, the annual Latin American Cable & Satellite Guide and Latin American Distributors Guide, and the online newsletters Diario TV Latina, TV Latina Semanal, TV Niños Semanal, TV Canales Semanal and TV Series Semanal. Originally from Chile, Elizabeth is a seasoned print and broadcast journalist, with a decade spent as a reporter at Santiago-based Megavision Network and several years at consumer magazines in Chile and the U.S. She graduated with honors from Santo Tomas University in Santiago, Chile, and she has a BA in social communications and journalism. Elizabeth can be reached on 212-924-7137 or ebowen@tvlatina.tv. 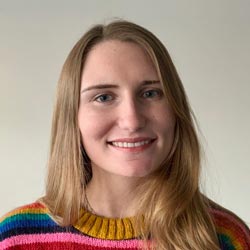 Jamie Stalcup contributes to all of World Screen’s English-language print publications and newsletters. Jamie graduated from the University of Toronto with a BA in linguistics. During that time, she was a senior copy editor for the campus newspaper The Mike. She then earned a certificate in professional copyediting, proofreading and fact-checking from New York University’s School of Professional Studies. She can be reached at jstalcup@worldscreen.com.