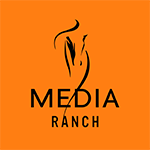 Match Made In Heaven
+

Dining with the Enemy
+

Things My Father Failed to Teach Me
+

Dining with the Enemy
+

Match Made In Heaven
+