Scotland: Escape to the Wilderness (Presented by KESHET INTERNATIONAL)

(Fact-ent., 4x60 min.) Some of Britain's best-loved celebrities join wildlife cameraman and photographer Hamza Yassin as they leave behind their daily routines and immerse themselves in nature, getting up close and personal with Scotland’s most spectacular wildlife. 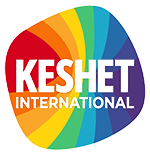 END_OF_DOCUMENT_TOKEN_TO_BE_REPLACED

The Miseducation of Bindu
+