LOS ANGELES: Maya the Bee Movie, a feature-length adaptation of the hit animated series, is due to open theatrically in Los Angeles and New York on May 1. Produced by Studio 100 Media and Buzz Studios in association with Flying Bark Productions, the film is a German and Australian co-production featuring the voice talent of …

The leading source of information for the international media business.
Previous Mia and me Attraction Opens at European Theme Park
Next CBBC Releases Kids’ App Created by Young Viewer 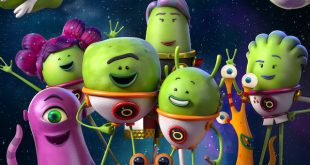 Serious Lunch has picked up the distribution rights to Welcome to Earth (Prochain Arrêt), a CGI/live-action series produced by Zeilt Productions for RTL Luxembourg.