LONDON: ITV Studios Global Entertainment (ITVS GE) has teamed up with online gaming company Miniclip for the release of a mobile game based on the hit boys' series Thunderbirds Are Go. The Thunderbirds Are Go mobile game will feature action, adventure and visuals from the new show, which made its broadcast premiere in April. The free-to-play … 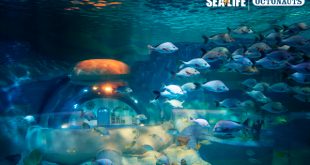