LONDON: Mattel's HIT Entertainment has unveiled its plans for the Thomas & Friends feature-length special Tale of the Brave, which is being released on DVD later in the year. Tale of the Brave watches as Thomas embarks on a journey in which he discovers the true meaning of courage. The hour-long animated movie will become … 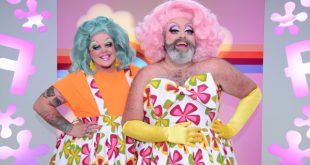 WildBrain Television has commissioned The Fabulous Show with Fay and Fluffy, targeted at kids aged 3 to 6.