Created by Masashi Tanaka, GON began its life as a popular comic-book series published by Japan’s Kodansha in 1992. The show, produced and distributed by the Korean outfit Daewon Media, features the adventures of a creature that resembles a dinosaur. Small but strong, the creature has unimaginable speed and power. The first season of GON …

The leading source of information for the international media business.
Previous ITVS GE Gears Up to Celebrate 50 Years of Thunderbirds in 2015
Next Hank Zipzer Returning to CBBC for Second Season 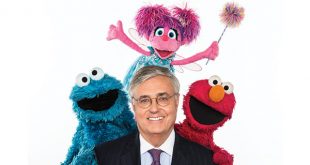 The company's president and CEO talks about the strategies he put in place to make sure the nonprofit organization can continue its purpose.