LONDON: Next month, Channel 5's Milkshake! is slated to begin airing Pip Ahoy!, a new animated show from Cosgrove Hall Fitzpatrick (CHF) Entertainment aimed at children between the ages of 3 and 6. Set in a seaside resort, Pip Ahoy! centers on a young dog and his kitten companion. The voice cast is led by … 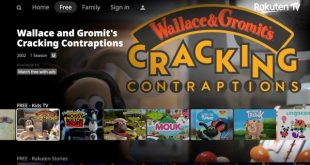 Rakuten TV has launched a new AVOD channel, Kids TV, which joins the platform’s Movies and Rakuten Stories channels with a slew of new content for free.