When Screenz launched in 2012, its mission was to stand at the forefront of interactive television. Over the past three years, the company has delivered on this promise, developing second-screen products and cross-media formats with a slew of leading broadcasters and production companies around the world. “Screenz’s core team is comprised of a blend of …

The leading source of information for the international media business.
Previous France’s TF1 Licenses Talpa Format The Puppet Show
Next Armoza Sells NBCâs I Can Do That to New Zealand 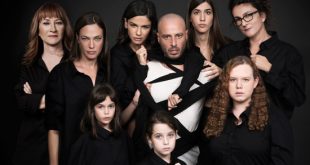